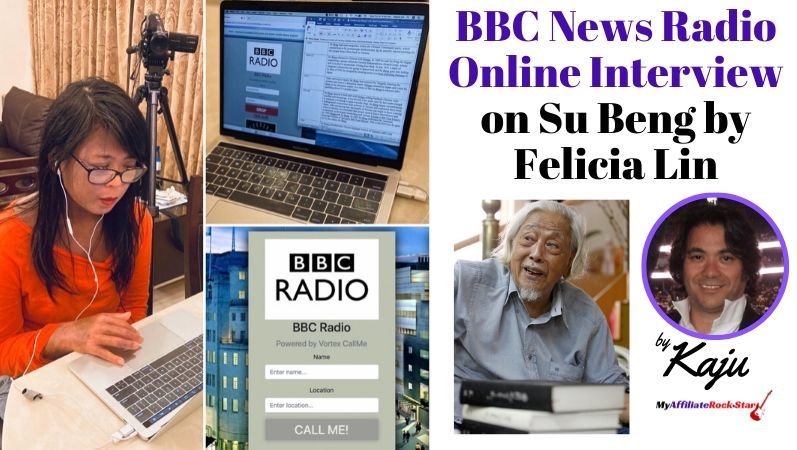 You know her as the Instagram Guru of NYC, a sought after teacher and speaker for social media who gives seminars to students for Score and private companies. Read about her success by joining a free trial in my special online community.

But what you may not know about my partner Felicia Lin is that she is the English biographer for Su Beng, the grandfather of Taiwan Independence who just passed away on September 20, 2019 at the age of 100.

Everyone who knows anything about Su Beng in worldwide media and Taiwan independence movement knows Felicia has covered it. She has been the long-time author of a blog called AboutSuBeng.com almost as long since she began interviewing the legend in 2003.

That’s why on October 1 while we were in Taiwan during our historic trip for the Su Beng funeral, the New York Times told her they would write a full page story and called upon Felicia to supply rare photos of Su Beng. 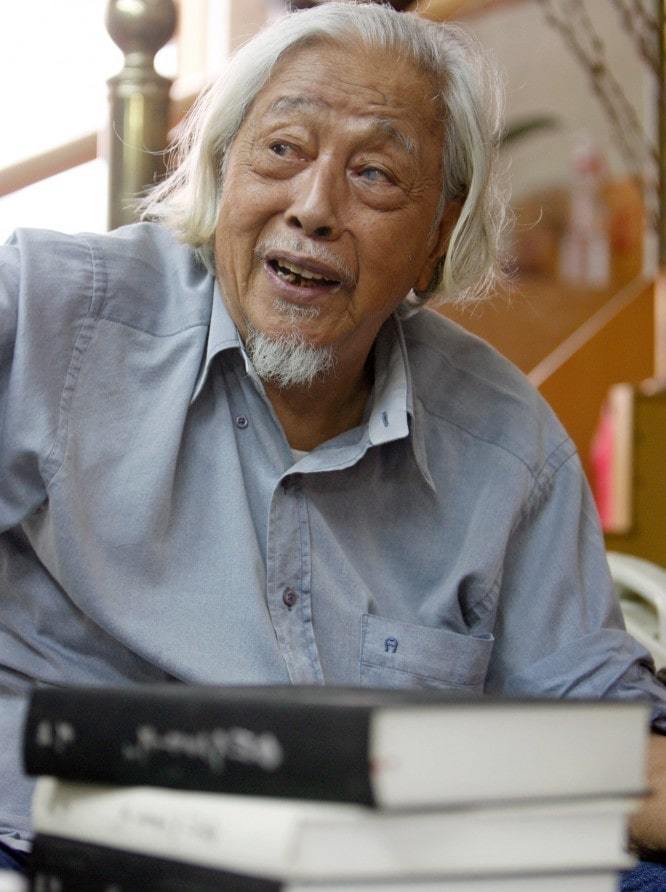 Here is Felicia's special gem that made the NY Times article where Mr. Su, far right at age 95, is leading the crowd on the last day of the Sunflower Movement in 2014. 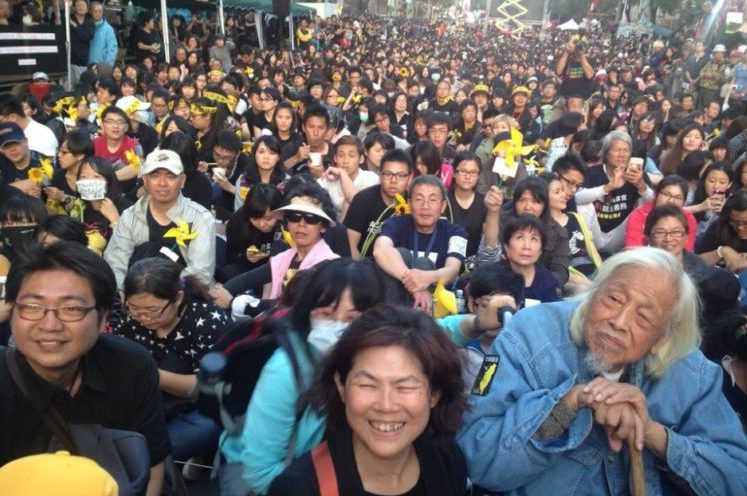 This was followed by a direct call by Neil George of the BBC for Felicia to give this special interview.

Her interview on the The BBC Radio show, “The Last Word” hosted by Neil George about legendary revolutionist Su Beng was aired on October 11 and was heard by over 2 Million worldwide listeners.

I had the pleasure to film Felicia’s historic interview with the BBC while we were in Asia (see top photo). Her interview was aired prior to the interview about the death of legendary Cream drummer Ginger Baker and notable actress Diahann Carrol.

I have provided the link below for those who are interested in reading it:

For your listening pleasure, here is the link to Felicia’s special BBC News Radio Online Interview about the life of Su Beng on "The Last Word" :

If you would like more background information on Su Beng, here is a link to Felicia’s blog:

For those of you who missed my last article, Su Beng was the granfather of Taiwan independence who died at age 100 on 9/20/19.

Mr. Su is the author of the seminal work "Taiwan's 400 Year History." This work was first published in Japanese in 1962, and brought international acclaim to the Taiwanese revolutionist. 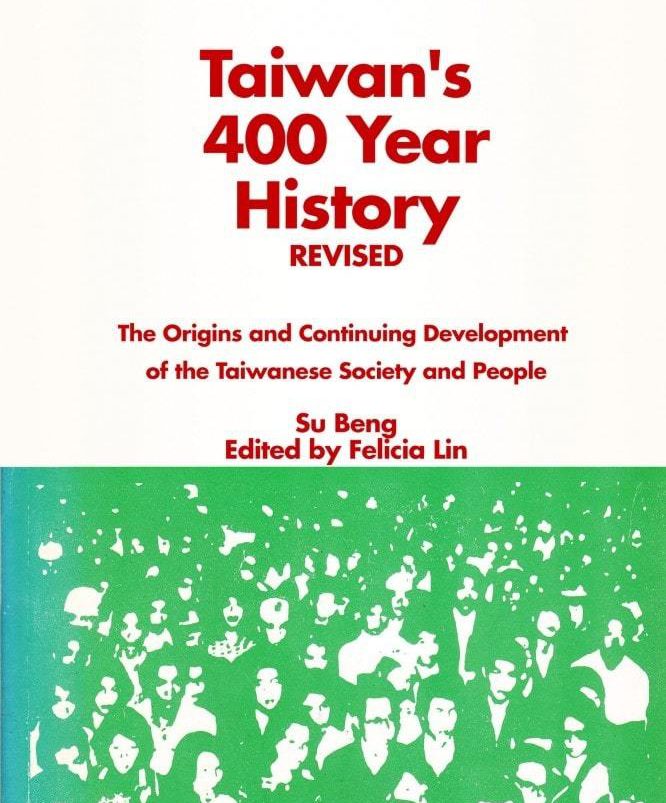 “Taiwan’s 400-Year History,” is a three-volume foundational book published that embraced the notion that centuries of colonization had given Taiwan’s people a distinct identity in East Asia.

This 1962 work sealed Su Beng’s stature as the central figure in the Taiwan independence movement. In 1980, it was transcribed into Chinese (a huge 2000 page edition), and in 1986 the first English language version was published. Recently in 2018 the English version of "Taiwan's 400 Year History" was updated and re-released. 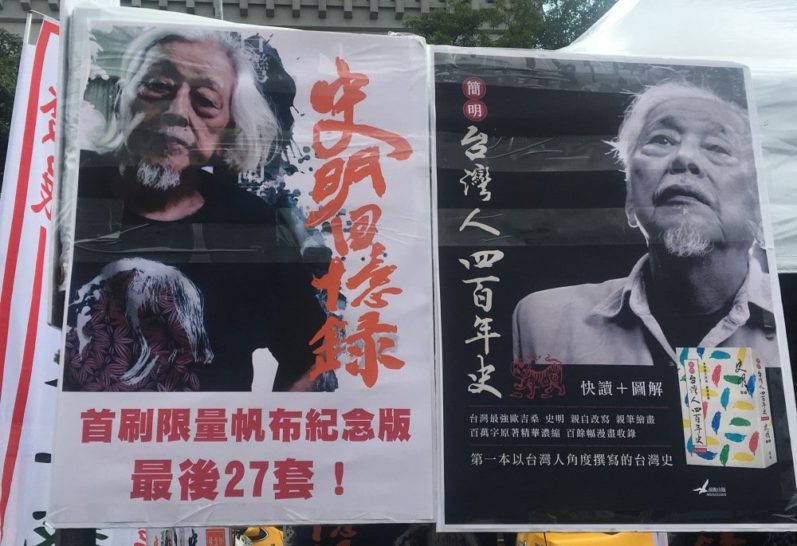 Here are some comments from members of our wonderful international community of 1.5 million online marketers regarding Ms. Lin’s interview about Su Beng with BBC News Radio Online:

Quite historic and many thanks for the post.
The links to the biography and the interview will be interesting to explore.
Wishing you and your partner all the best. – Anonymous

Felicia, the biographer and the editor of the great man. – Anonymous

What a great lady this Felicia. She is a woman who seems brave and determined in everything she does. It's a great chance for both of you to have been in touch with this man who has been so important to his country. I'm sure it's a memory you will keep inside of you all your life. Thank you for sharing it with us. – Anonymous

All these great memories will be yours till the end of your life.
Greetings from the south of Spain. – Anonymous

Hi Kaju, you and Felicia lead a very interesting and varied life. That was really interesting, I followed the links and learned about Su Beng. What an extraordinary man, very few are that committed to a cause. Respect. You guys were very lucky to have known him, and to have such an experience. And what about Felicia Lin!! What a superstar!! LOL. All the best. – Anonymous

I can only imagine what it was like, certainly something you would never forget. Although it was a sad occasion, it was also a celebration of a great man, and it makes me smile when I imagine you and Felicia clanging cymbals and beating drums and I think the great man would be smiling down too! – Anonymous

Thank you for sharing this amazing story with us Kaju. What an incredible person Su Beng was. Thank you also for the links. – Anonymous

Very cool -- you are a part of history, you know. Of course, in a way we all are, but you have a special place. Good job! – Anonymous

I knew nothing of Su Beng but have family ties to Taiwan and was there for part of the summer in 1962. So found this very interesting! – Anonymous

Yes, I did read the NY Times article. My father had grown up partly in China and spoke a Mandarin that even I could recognize had a thick American accent.

Oh, a funny story about that. I was a student in France the year before I went to Taiwan. My father told me to go to Berlitz in Paris and take a few lessons in Mandarin before meeting the family in Hong Kong and going on to Taiwan. I did, but when I proudly trotted out a few phrases I had learned he couldn't understand a word I said. Turned out that the Chinese man who taught me in Paris had hoodwinked the Berlitz people and what I had learned was actually a rarely-spoken Cantonese dialect! – Anonymous

Great information about an exceptional man. Thank you for sharing. - Anonymous

Thanks for this friend as I was going to ask if it was possible to hear Felicia's interview. Now I can read and listen about this great man who I had never even heard of till now but can see that he did great things for Taiwan and he deserves to be honoured.

I loved your pictures at the bottom and have to say that neither you nor Felicia have changed at all from then till now. I look forward to putting my earphones in tomorrow and listening to her interview. – Anonymous

- Anonymous
Back To Top 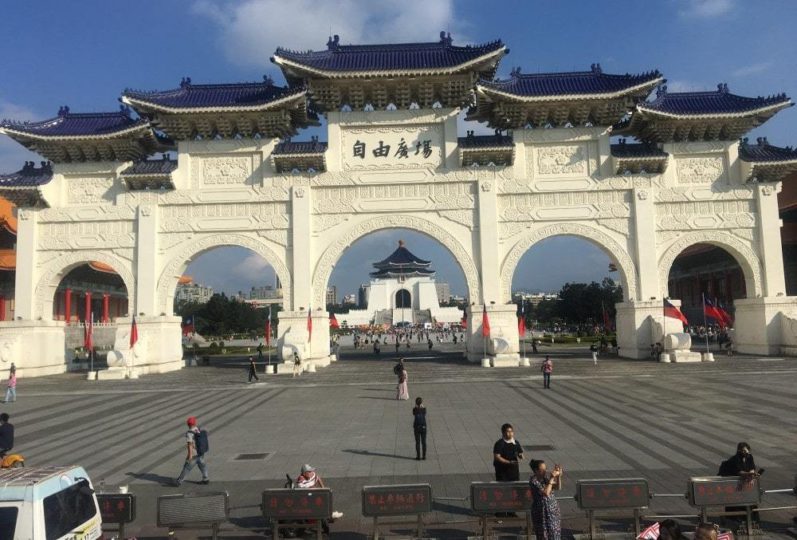 A Rare Gem of a Forgotten Photo

Finally to my great surprise, I was awe-struck when Felicia found this gem of a photo in NYC of me taken with the legend during his last tour of America on July 22, 2011. 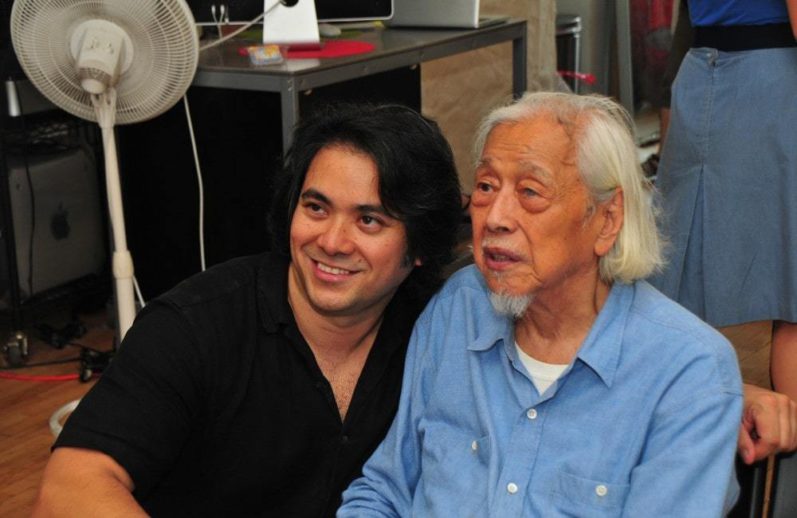 Here is a photo of me and Felicia together with the legend during the NYC stop during His Last Tour of America. It was an event that Felicia hosted and interviewed the legend. 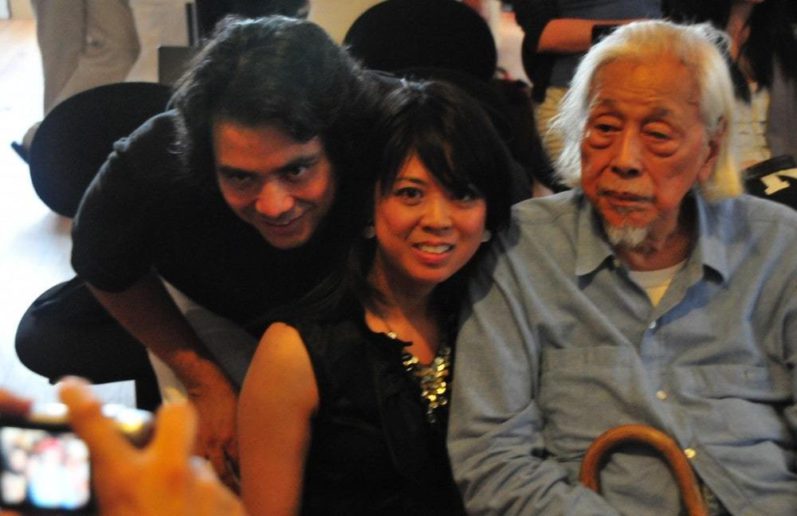 What a total emotional rollercoaster for us the past three weeks have been in Asia.

Topped off by this unprecedented interview with Felicia Lin with BBC News Radio Online on the life and legacy of Su Beng.

Nothing short of historic.