Where Is Coober Pedy? 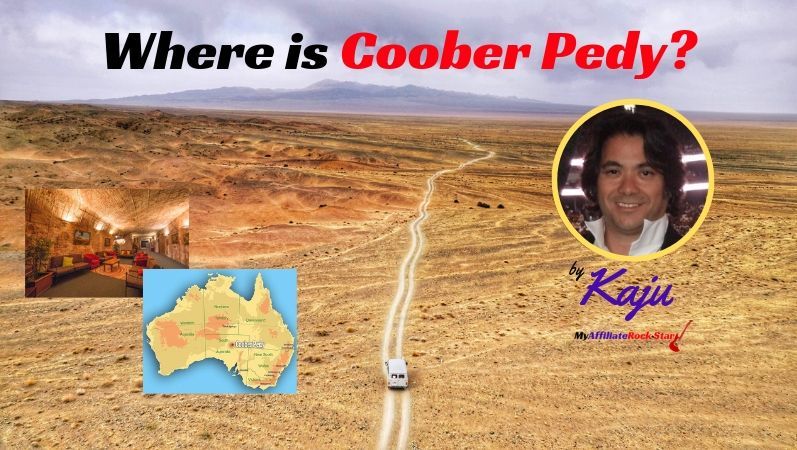 Where is Coober Pedy?

Where is Coober Pedy and how can people live there?

You may or may have not heard of this magically remote and isolated community from the land Down Under, but have you ever wondered what the psychological effects of people living in isolation are?

After my brief camping excursion into “the wilderness”, it made me think how we as human beings can survive and thrive in the most inhospitable places, and under the most adverse conditions. 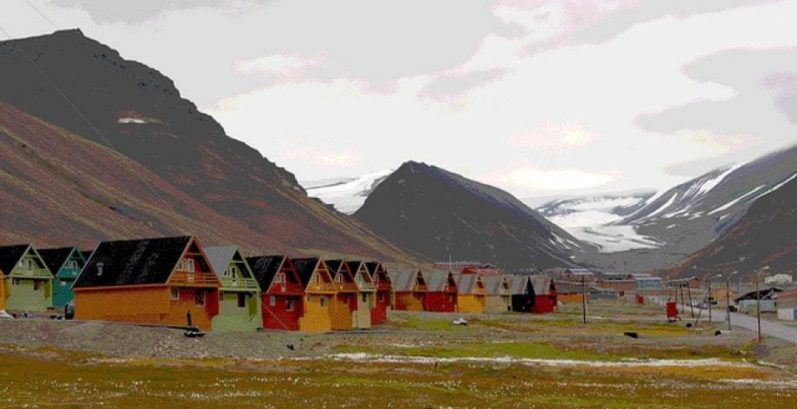 So whenever we are weighed down by difficult challenges both in our personal and business lives to a point where we feel like throwing in the towel, let’s remind ourselves of the harsh conditions our hearty neighbors endure on a daily basis, and their great human ingenuity and steadfast resiliency to overcome them.

And let us draw strength from them.

This is one of the main reasons I’ve always been absolutely fascinated with remote communities and hamlets, especially those in the arctic regions, and in the deserts. 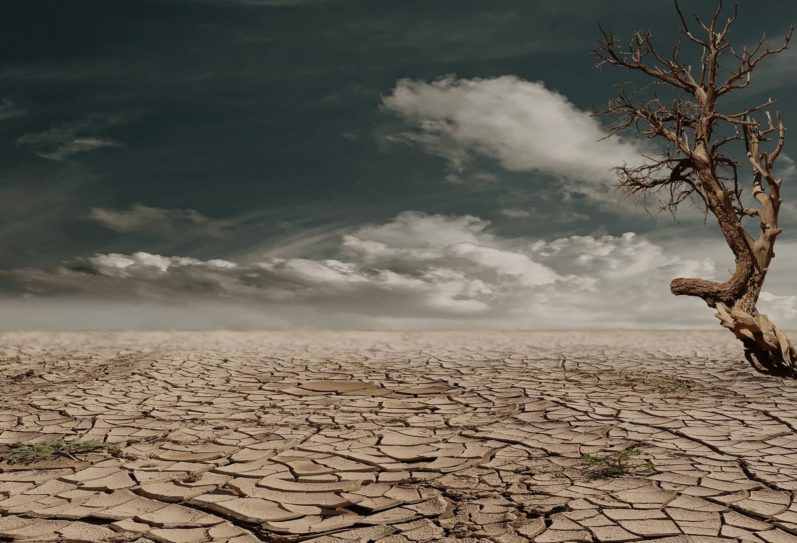 The Psychology of Living in Isolation

There are many psycho-social problems particularly among women living in isolated communities. Doctors who work in isolated mining towns frequently have remarked on this. According to observations and studies, women have suffered more than men from psycho-social illness.

A test was conducted where 1,239 respondents participated in a psycho-social well-being study in three towns. The results were compared with those from a diamond-mining town 50 km from a large city.

According to Goldberg's General Health Questionnaire, the results showed that the number of people who were 'clinically disturbed' varied from 14.1% to 23.8%. The number of depressed respondents varied from 21.9% to 37.6% according to the Carroll Rating Scale for Depression,

Interestingly but not surprising, of all the respondents, 23.2 - 31.2% drank alcohol at least once a day, a much higher percentage than found in the general population. Therefore, isolation as a risk factor could not be proven, since all 4 towns were affected. 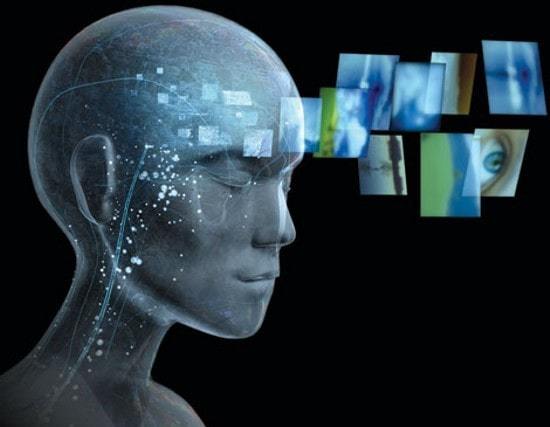 Many possible factors have been cited for this phenomenon. There are causal factors such as the personality types of the people who were drawn to live permanently in such towns. Then there was the transient nature of life in such isolated places or the effect of these remote towns, villages, and hamlets being company owned.

Yet there a few special isolated communities in the world where humans absolutely thrive. Coober Pedy, Australia is such a place.  That is why it stirs my imagination.

Find out here how you can earn money to travel to these exotic destinations. 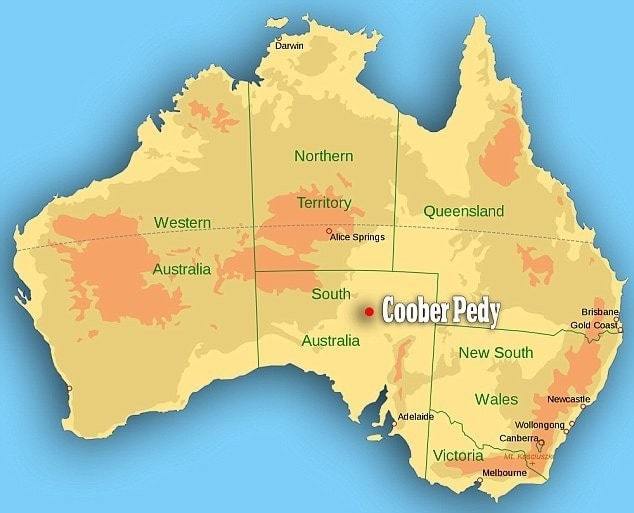 Where is Coober Pedy: A Unique Place to Live

There resides a town halfway between Adelaide and Alice Springs in central Australia called Coober Pedy. This town has always held a great fascination in my mind’s eye for travel. It is one of the world’s most unique travel destinations.

Coober Pedy is a desert town and a very harsh place to live due to the torrid temperatures, so the majority of residents live in CAVES below-ground or BORED IN THE HILLSIDES CALLED “DUGOUTS” which the town is renowned for. Daytime temperatures can exceed 113 degrees Fahrenheit. 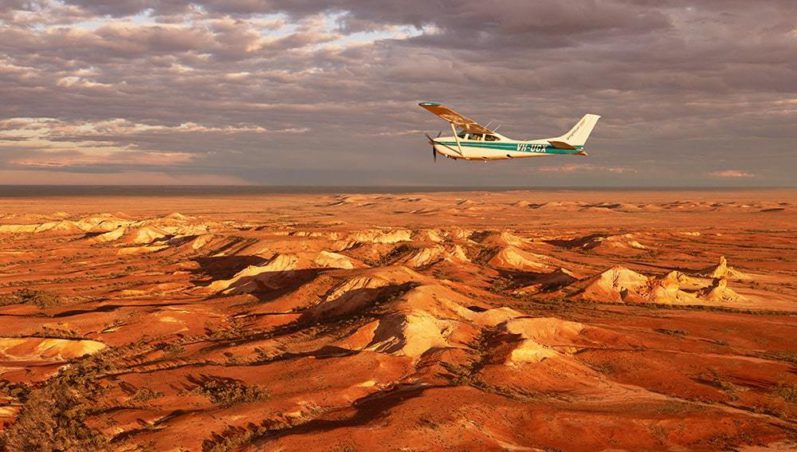 The name "Coober Pedy" comes from the local aboriginal term kupa-piti, which means "boys’ waterhole. Very little plant life exists in town due to the region's low rainfall, high cost of water, the sandstone and lack of topsoil.

Today about half of the population lives in dugouts where the temperature stays at a constant 75 degrees year round. The otherworldly landscape -which is checkered with ruddy-colored mounds of sandstone - is the result of years of opal mining and provides the perfect backdrop for a post-apocalyptic reality. 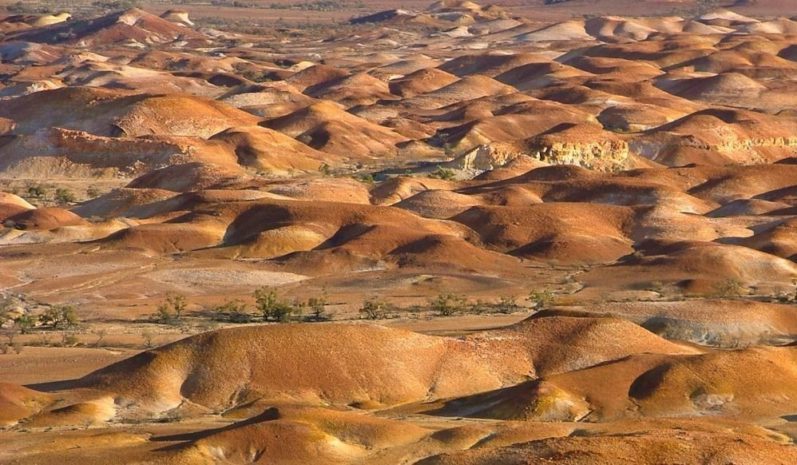 Since its founding after a teenager discovered opal gemstones there over 100 years ago, the town has been ground zero for opal mining. An estimated 70 percent of the world's opal production can be linked back to the town, earning it the title of "Opal Capital of the World.”

Here the majority of its 3,500 residents work in the opal industry. 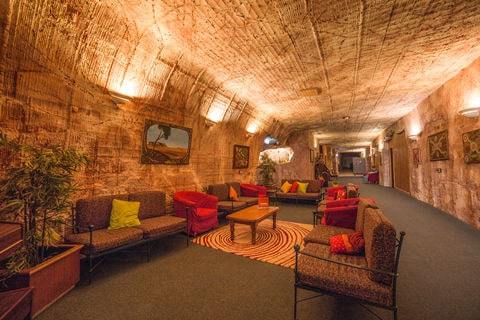 Rather than move to a cooler locale, the town’s earliest residents learned to adapt to the scorching environment. They found inspiration on the very ground they stood. Using mining tools, hardy prospectors did what they did best and dug holes into the hillsides to make underground dwellings or “dugouts.”

The first tree ever seen in the town was welded together from scrap iron. It still sits on a hilltop overlooking the town. 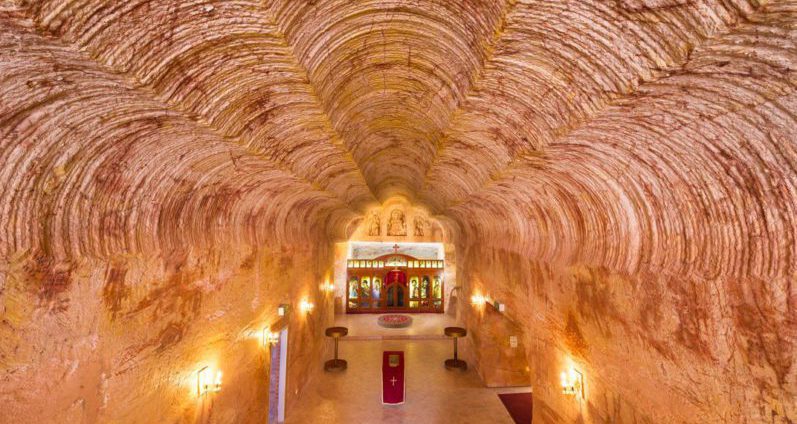 Great Attractions in A Quiet Place

There are underground visitor attractions in Coober Pedy which include hotels, shops, the mines, the graveyard, and a few underground churches (the Serbian Orthodox Church and the Catholic Church).

“People come here to see things differently,” Robert Coro, managing director of the Desert Cave Hotel in Coober Pedy, tells. Parts of his hotel are located below the ground, like many other buildings in town. “It’s that kind of adventure mentality that attracts people here in the first place.”

Over the years, Coober Pedy’s residents have become extremely adept at building their own dwellings underground, creating customized subterranean houses that go beyond just one or two rooms morphing into sprawling labyrinths that stretch out like spiders’ webs. People carve out bookshelves into their sandstone walls. Even others have built private underground swimming pools in their homes. 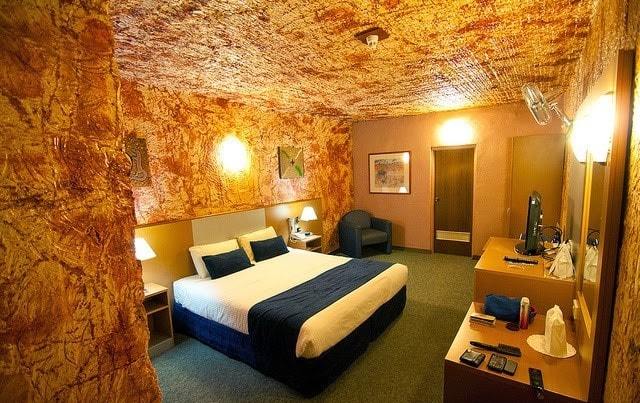 “The beauty of living underground is that it’s very quiet and very still,” Coro says. “There’s no air movement or rush of air from the air conditioner, and since there are no windows or natural light, you get a very peaceful night’s sleep.”

What makes Coober Pedy so unique isn’t just what’s going on beneath the surface, it’s above ground. Here visible hints of the city’s strong mining roots and eccentricities abound at every turn.

For instance, at the Coober Pedy Drive-In Theater, the management requests that guests leave their “explosives at home”, while signs around town warn people to beware of unmarked holes, and the remnants of previous opal digs. Then there’s the annual Coober Pedy Opal Festival held every spring. 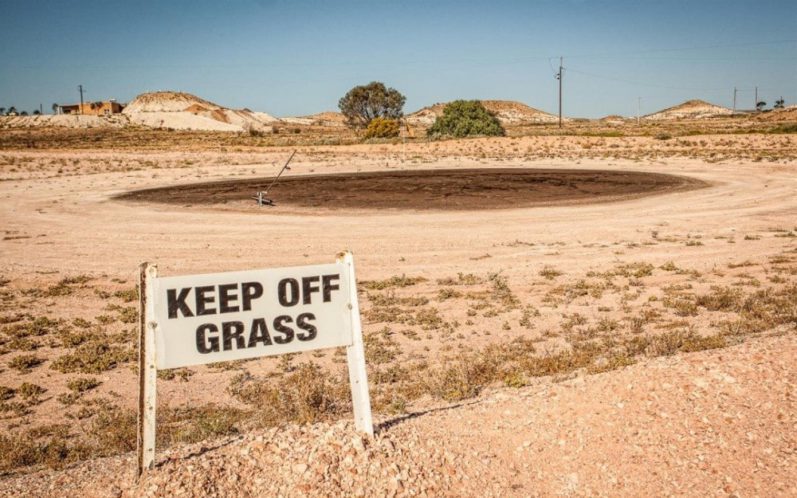 And last but not least, the wonderful golf course traversing the desert flats - The Coober Pedy Opal Fields Golf Club. Golf is played year round on this unique course where the greens are black and the fairways are white!

Many a golfer have found opal whilst playing a round.

Where is Coober Pedy: Down Under Like No Other

Even the thin veil of red dust that settles on roadways, cars and buildings serves as a constant reminder of Coober Pedy’s strange charm.

There really is no other place like it on—or below—Earth.

So next time you ask yourself, “Where is Coober Pedy” remember we as humans are resilient beings and can thrive in the most isolated places.

Please feel to leave any isolated comments and I hope you enjoyed this article.