The Pope of Greenwich Village 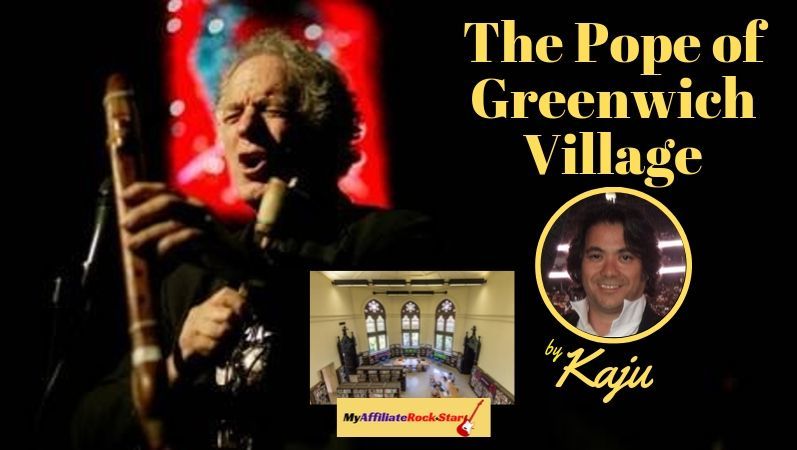 The Pope of Greenwich Village

Here is a true story the Pope of Greenwich Village.

This one is a real musical genius. And this is one more cultural event for the ages…..

But until we arrived, we had no idea what was on the card!

Recently we were invited to a very special event at the renowned Jefferson Market Library called "The Villlage Trip Festival" in historic Greenwich Village NYC where I had the pleasure of meeting one of the Great world musicians and composers of the 20th Century David Amram.

At the Jefferson Market Library, he was showcasing the multi-media premiere of his amazing composition "Greenwich Village Portraits" where each of 3 movements separately portrayed a Greenwich Village street each representing a famous Greenwich Village artist that he worked with between the 1960s and the 90s who has since passed away. 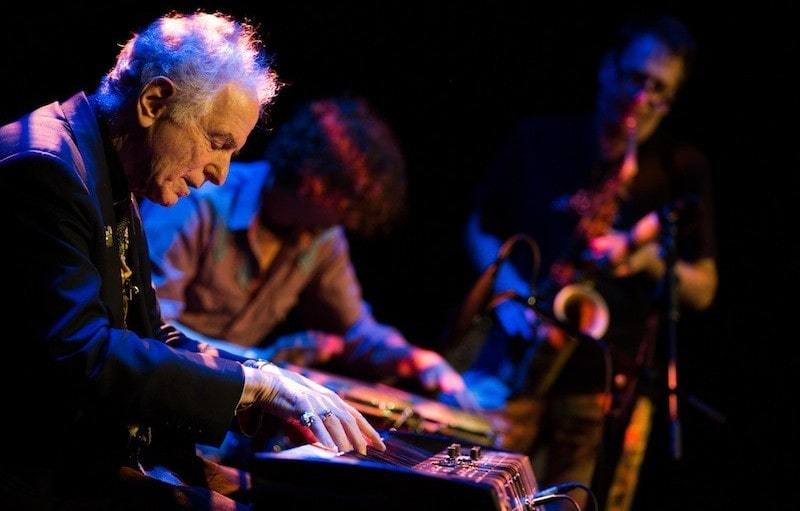 The Pope of Greenwich Village: A Musical Genius

How would I ever know?

Of course when I first walked into the Jefferson Library and saw this elderly gentleman with a smile approach me I had no idea who I was talking to. 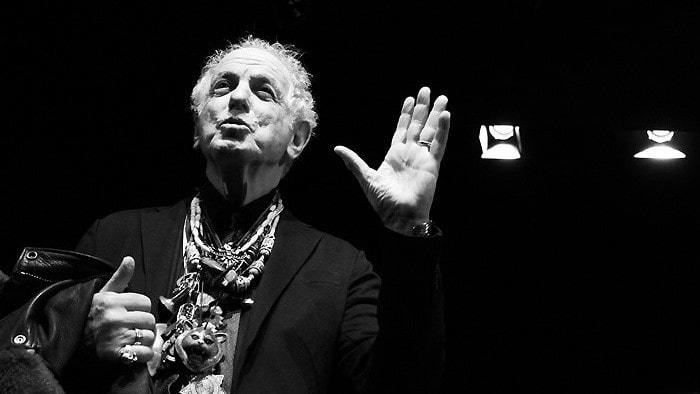 At first I thought this friendly and loquacious octogenarian may have been a retiree musical enthusiast who worked part-time for the library collecting our tickets to see the show! 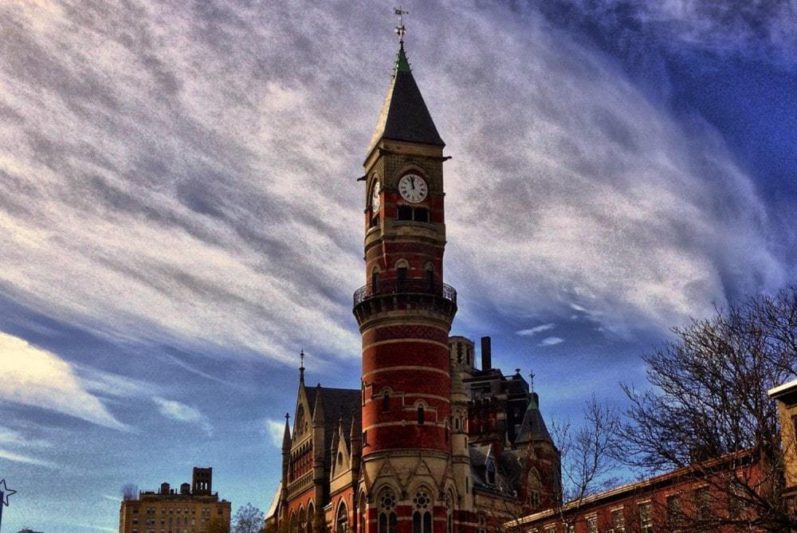 Immediately, as soon as I introduced myself this unassuming amiable gentleman dressed in colorful garb and full of delightful eccentricities face lit up as he began telling me how much he enjoyed last year listening to a sublime Mozart concerto while he was visiting Salzberg with a child’s wonder. 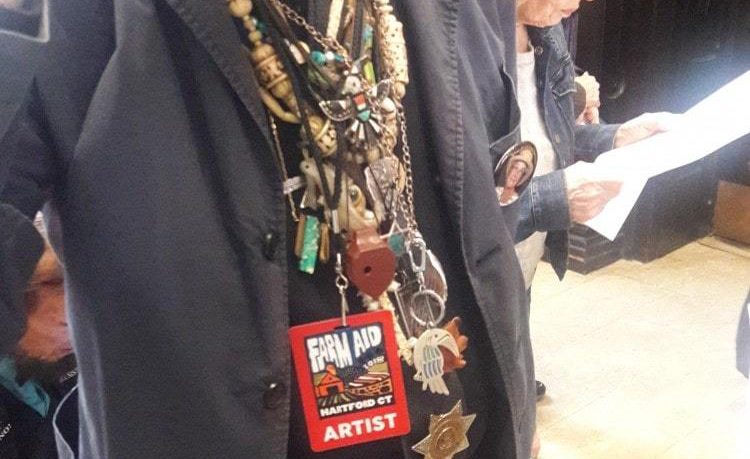 He mentioned he was the composer of the piece we would be listening to shortly.

When I mentioned that I was also a musician/composer and we (Felicia and I) were doing a project associated with “the Village”, his face beamed and he became keenly interested. 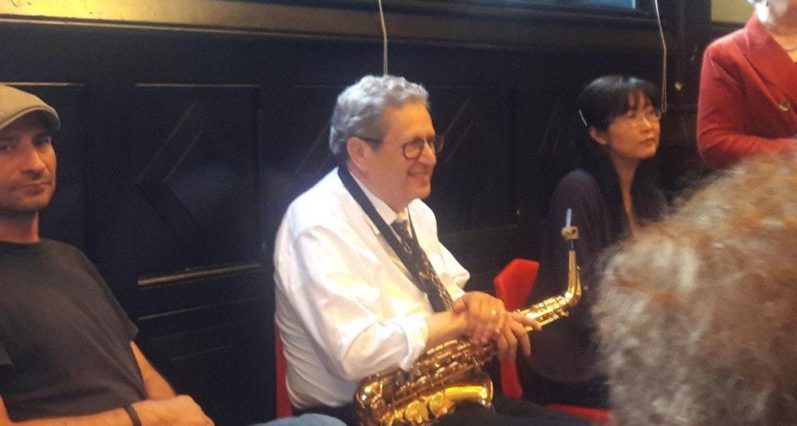 Only some 30 minutes later after hearing his angelic musical composition inside the concert room of the library performed by classical alto sax master Ken Radofsky and the brilliant young pianist Yoshiko Kline - two of the top musicians from the New York and Boston Philharmonic orchestras – did I first realize who this man might be. 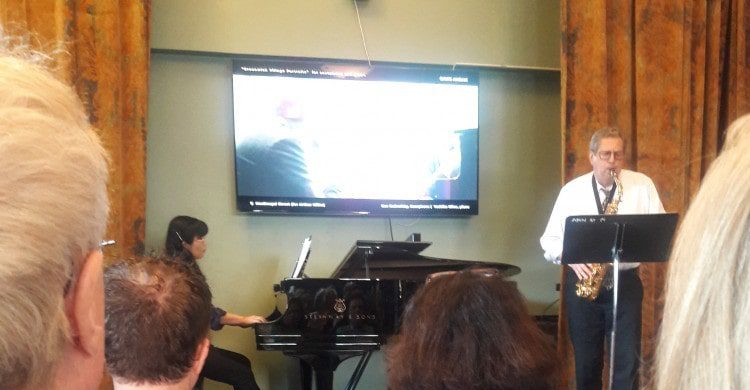 And when I later arrived home and did a Google search on the man, that is when all doubt was removed, and I was blown away. 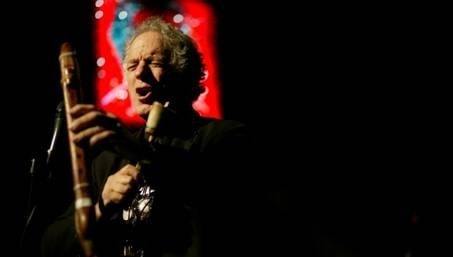 The Pope of Greenwich Village: His Amazing Resume

For those who never heard of him, David Amram is a giant of 20th Century Music.

He has composed more than 100 orchestral and chamber music works, and written many scores for Broadway theater and film, including the stage version of “On the Waterfront” and the score for Arthur Miller's play about his life with Marilyn Monroe, “After The Fall”, in 1964.

He has also composed two operas, including the Holocaust opera “The Final Ingredient” and a comic opera of “Twelfth Night”.

Along with Julius Watkins, Amram is considered a pioneer of jazz French horn.

He knew Jack Kerouac, Allen Ginsberg, Bob Dylan, and Pete Seeger, he played with jazz greats Dizzy Gillespie, Charles Mingus and Thelonious Monk and worked with of course Leonard Bernstein and Elia Kazan among many, many others.

David Amram was also the composer of the original film scores “Splendor in the Grass” in 1960 and the 1962 best picture "The Manchurian Candidate" which subsequently led to his work with the immortal Leonard Bernstein. 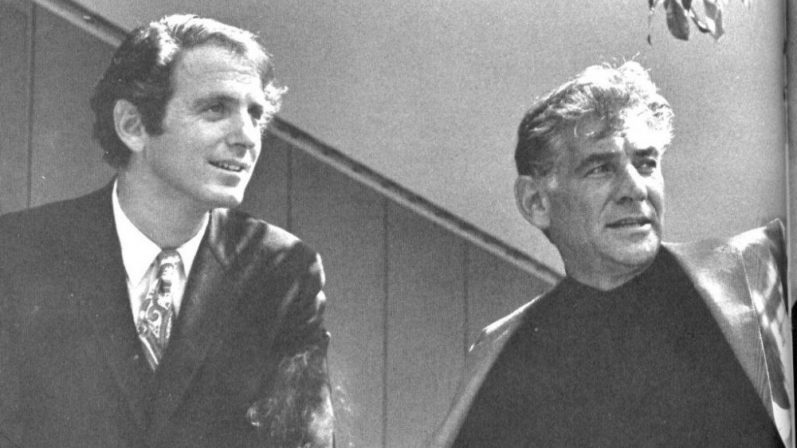 Since the late 60’s through the present, he has continued to perform and compose for the greats all over the world.

A truly astonishing musician and composer.

For the jazz or classical enthusiast equivalent, I might as well have stumbled upon meeting Paul McCartney, Bob Dylan, or Jimi Hendrix (if he were still alive).

Ken Radofsky the classical alto saxophonist who performed at the concert first commissioned Amram to compose this amazing piece in 2014. Today was the debut of the new arrangement.

Each one of the 3 movements of the composition portrayed beautiful aural landscapes representing famous Greenwich Village streets each pointing to poignant portraits of the legendary Village playwrights, musicians, and poets: Arthur Miller, Odette, and Frank McCourt. 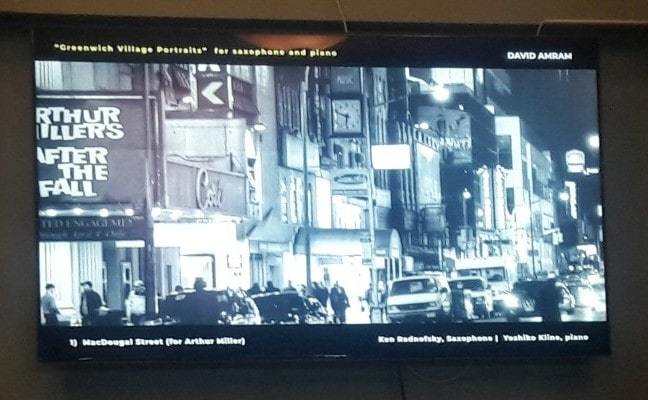 MacDougal Street (for Arthur Miller) was music based on jazz, Latin, folk, and NYC urban flavors all of which could be heard on MacDougal Street inspired by their night's out after hours of rehearsing during collaborations in the Village for the Lincoln Center Theater where Amram composed scores for the premieres of Miller's plays After the Fall and Incident at Vichy. Since Lincoln Center uptown construction wasn't yet completed, early productions were staged in the Washington Square Theater close to MacDougal St. 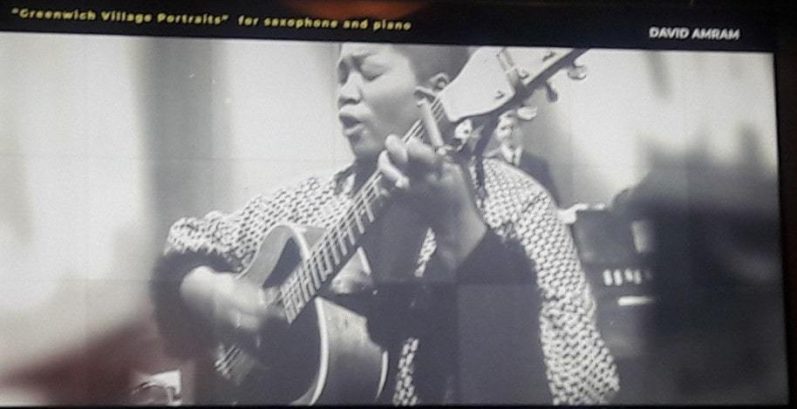 Bleecker St (for Odetta) This movement was based on Blues, folk, and spirituals which Odetta championed. Amram honors their friendship and countless nights playing together all over the Village, and in festivals in the USA and Canada. They often went late night together to see friends perform at the famous Village Gate on Bleecker Street. 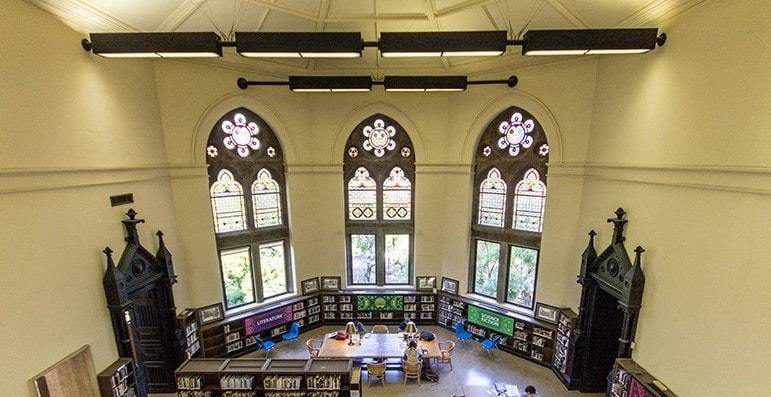 Christopher Street (for Frank McCourt) This music was inspired by Irish jigs, reels, and airs. This final movement celebrates Amram's friendship with the famous Village author and poet as they gathered nightly with musical friends in the Village at the Lion's Head on Christopher Street. McCourt passed away before Amram could start work on the idea for a modern day mass to celebrate the history of New York, which he called "Missa Manhattan."

Here is the You Tube link to this amazing composition based on NYC.

This wonderful festival at this historic landmark celebrating the classic music culture of Greenwich Village (and which is a throwback to its bohemian culture) will continue tomorrow for its final day. 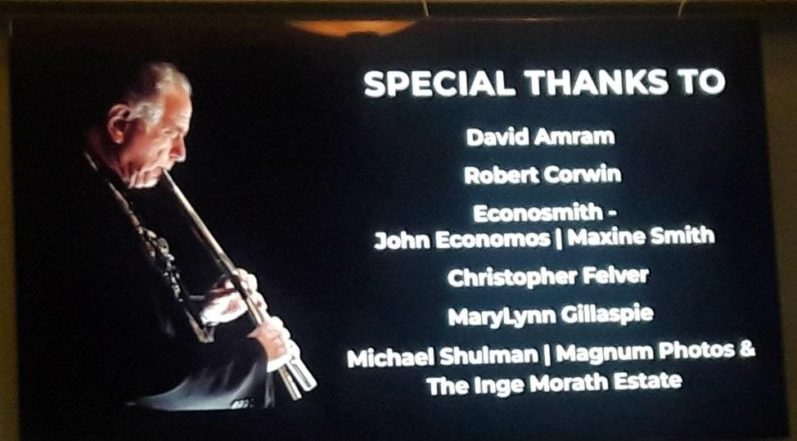 We plan to be there for the Finale, and you might hear from me again afterwards!

I hope you enjoyed this article about the life of a true musical giant, the Pope of Greenwich Village. Please feel to leave any comments below.